Turkey-based Demisas Döküm is one of the leading companies within iron casting production in the European foundry industry. For years, they had experienced difficulties regarding the stability of the metallurgical production process as they had to guess and try to create their own rules and routines to control the process, all based on their empirical findings. Relying on guessing was a risky way of working for the company.

In the early 2000s, Demisas was introduced to ATAS MetStar metallurgical process control system. This would become a turning point in their work. ATAS Metstar is the fundamental tool for a foundry to improve quality, control and increase stability of the metallurgical parameters. The system is used to create routines and rules for developing a lean production method.

“Demisas started to produce ductile iron automotive components in the early 2000’s. In the beginning, we faced unexpected casting defects and variations in physical properties daily. 30-40% of all defects had a metallurgical cause and were influenced by the metallurgical status of the iron. Relying on chemistry alone resulted in insufficient metallurgical control. A large varity in thermodynamic properties forced us to use large margins of feeders in order to cope with the worst conditions. The result was oversized feeding systems, low yield and higher energy consumption. We therefore decided to implement ATAS as a tool to understand and estimate nucleation status and control the progression of the solidification.” 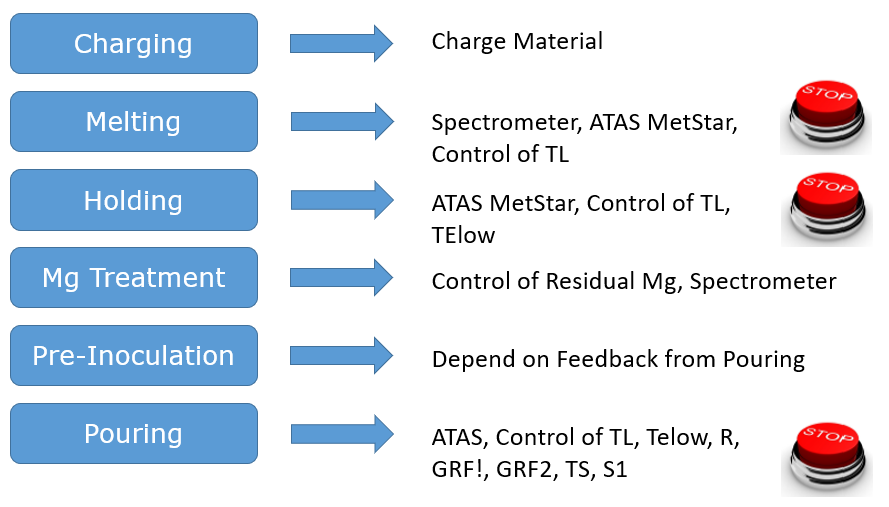 The design of the process control at Demisas using ATAS MetStar. (click to enlarge)

“We quickly learned to interpret the important metallurgical parameters measured by ATAS MetStar and how they affected the quality of the castings. Without this valuable knowledge we had to rely on guessing. Now we have full information about the metallurgical conditions.” 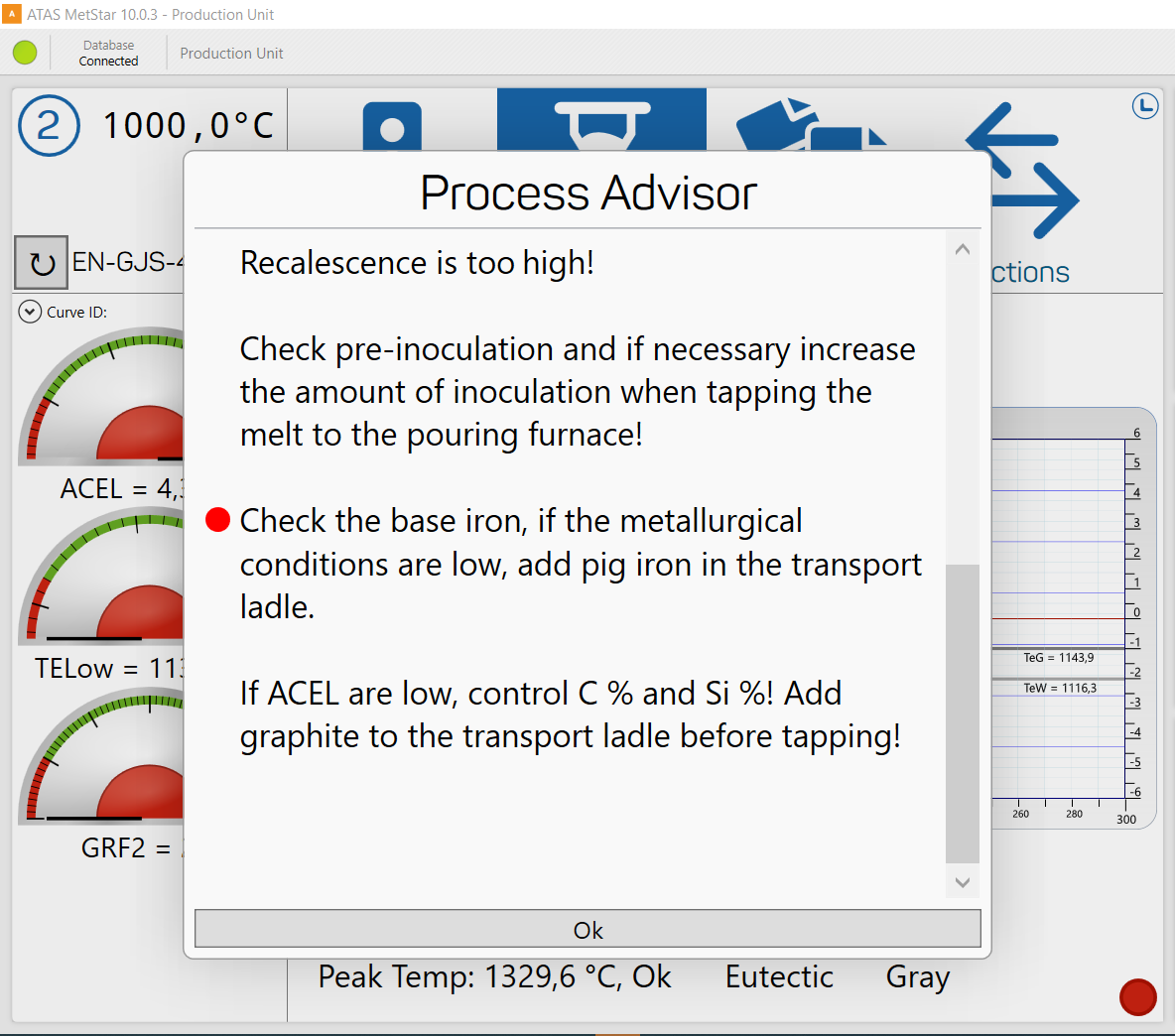 Advice given to the operators working at the pouring furnace.

The production group at Demisas works with the system daily, checking the quality versus metallurgical conditions and adjusting rules and the advice sent to operators. Reports say the system is straightforward to use, has clear symbols and is easy to operate.

Being a customer since 2003, Demisas has seen the product development of ATAS Metstar.

“We have generated the use of the system in parallel with the development of its functionalities. When we invested in the ATAS Metstar, the system was more of a stand-alone tool for troubleshooting. Today, it is used over the network with a database on a server. The interactivity with the operators has also been developed and opens up for new possibilities.”

Structuring model patterns based on risk for defects and “mating” the metallurgical quality with production logistics.

Thanks to fewer quality issues and increased casting quality, ATAS Metstar has given Demisas less downtime in production. Less time for an idling production process means less melt is needed to produce the correct amount of ordered castings. Hence, less energy is lost during the production process. Demisas’ scrap rate was reduced by 30-40 % after implementing the system.